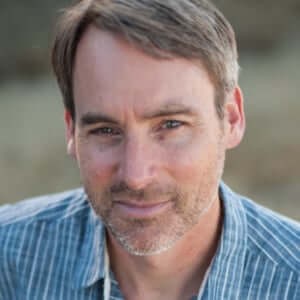 Ian Albert is a meditation coach, video producer and entrepreneur. He has been studying yoga and meditation for more than 20 years. He was co-founder and CEO of Pranamaya, Inc., where he spent ten years developing and producing instructional yoga and meditation media with some of the best yoga teachers in the world.

Ian has completed a two-year Community Dharma Leader training program at Sukhasiddhi Foundation under the guidance of Lama Palden Drolma and Zen teacher Lewis Richmond. He is authorized to teach the foundational meditation practices and philosophy of Buddhism and has led workshops and meditation trainings for corporations, non-profits and private groups.

Ian received his B.A. in History at Stanford University and attended the graduate film production program at the University of Southern California.

This website uses cookies to improve your experience while you navigate through the website. Out of these cookies, the cookies that are categorized as necessary are stored on your browser as they are essential for the working of basic functionalities of the website. We also use third-party cookies that help us analyze and understand how you use this website. These cookies will be stored in your browser only with your consent. You also have the option to opt-out of these cookies. But opting out of some of these cookies may have an effect on your browsing experience.
Necessary Always Enabled
Necessary cookies are absolutely essential for the website to function properly. This category only includes cookies that ensures basic functionalities and security features of the website. These cookies do not store any personal information.
Non-necessary
Any cookies that may not be particularly necessary for the website to function and is used specifically to collect user personal data via analytics, ads, other embedded contents are termed as non-necessary cookies. It is mandatory to procure user consent prior to running these cookies on your website.
SAVE & ACCEPT